Skip to content
The frame changes nothing: in my work, the eruptive dissymmetry between what is conventionally called ‘photography’, or ‘film’ stirs up processes of free exchange: superimpositions, bonding one image to another, and interplaying static and moving images; always striving for the same interwoven and inextricable mesh of figure and ground.

Trotteuses was published to mark the opening of an eponymously titled exhibition held at the ‘Maison de la Culture’ in Amiens. The published volume brings together a text by François Rouan, written in tribute to Jean-Claude Deshons, a dear friend who had passed away four years previously, and prints of the works exhibited (oil paintings on embroidered tapestries, silver prints on transparencies reworked using wax paint, and photograms of images from the film Trotteuses). 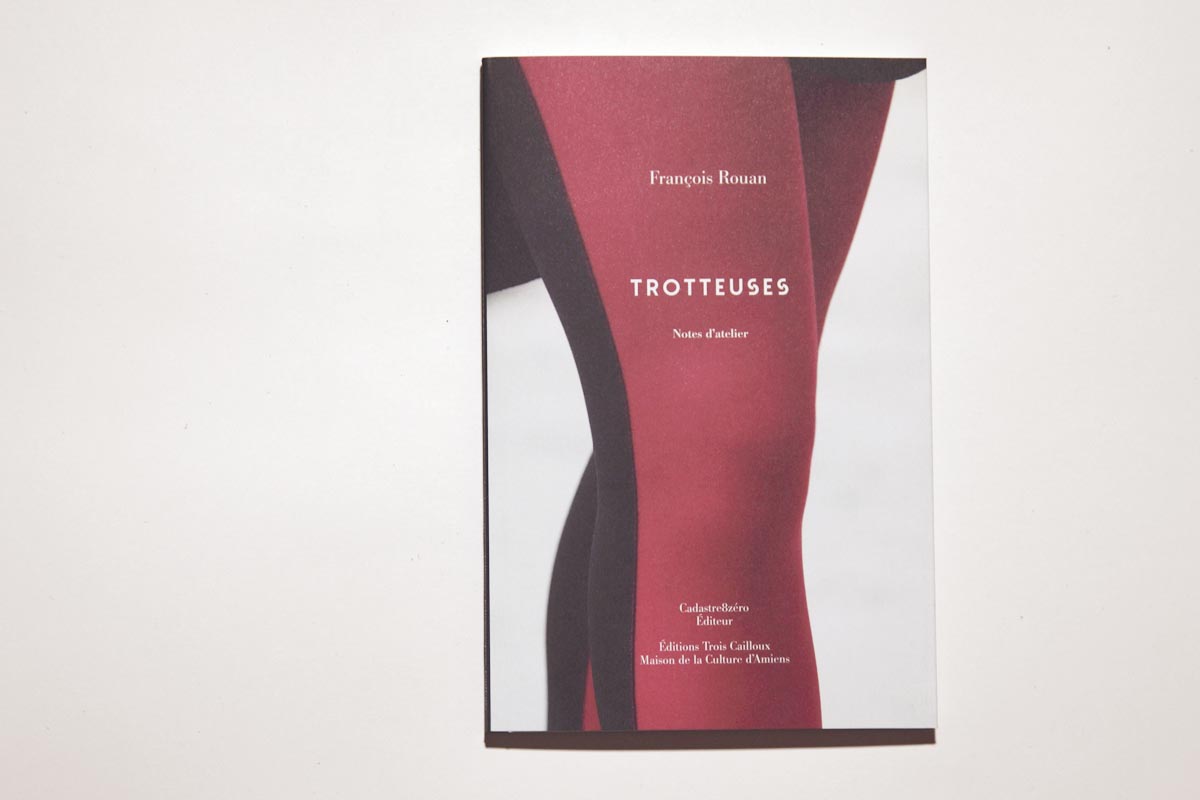 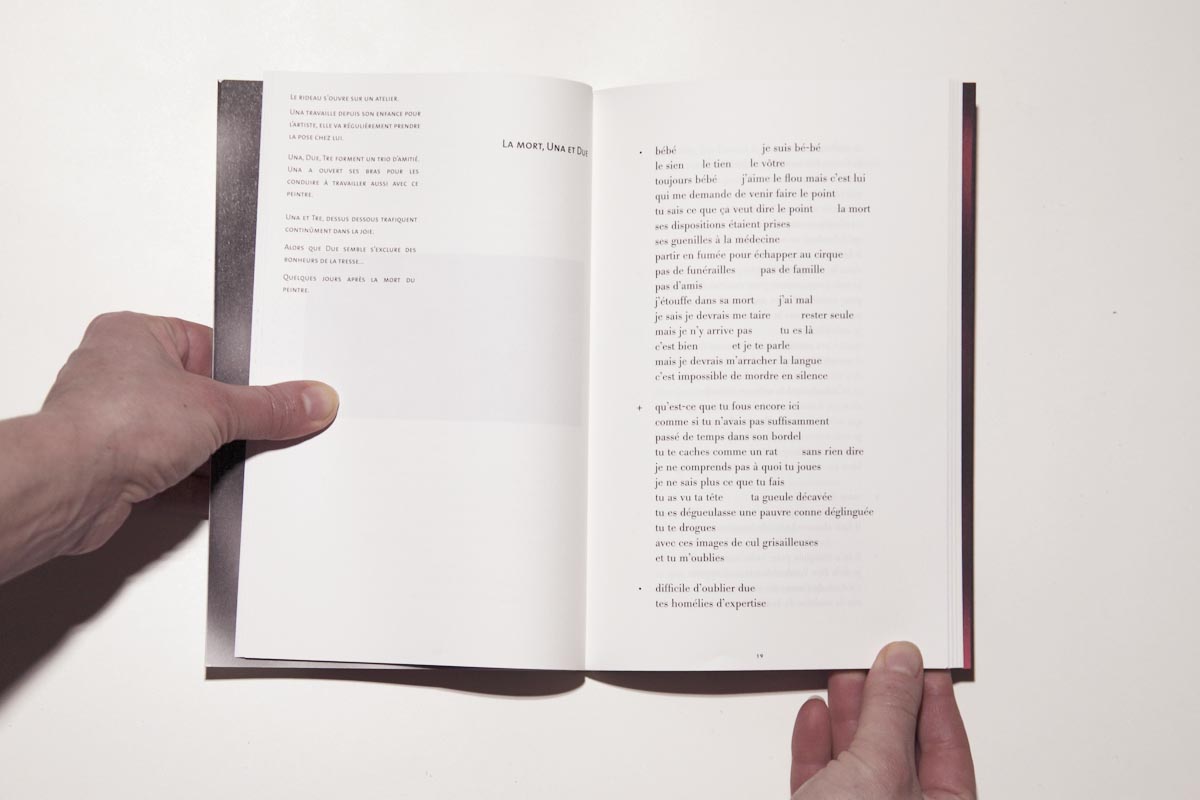 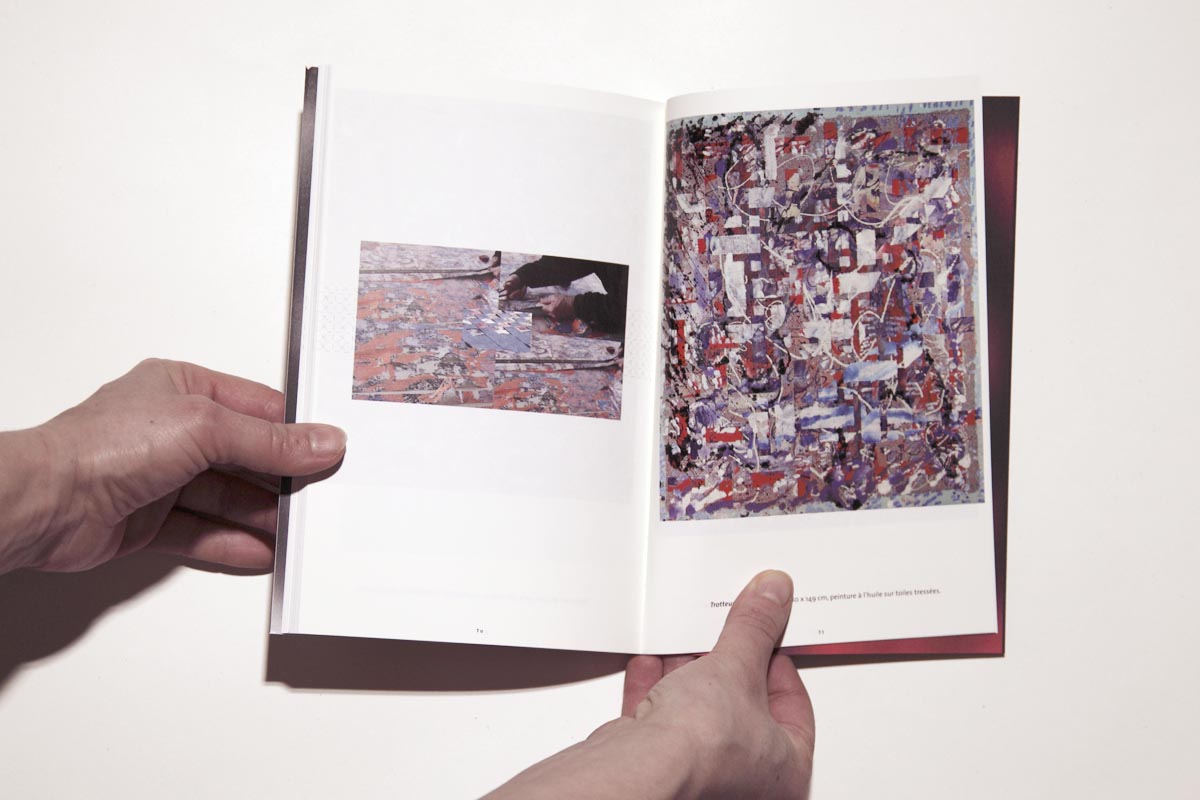 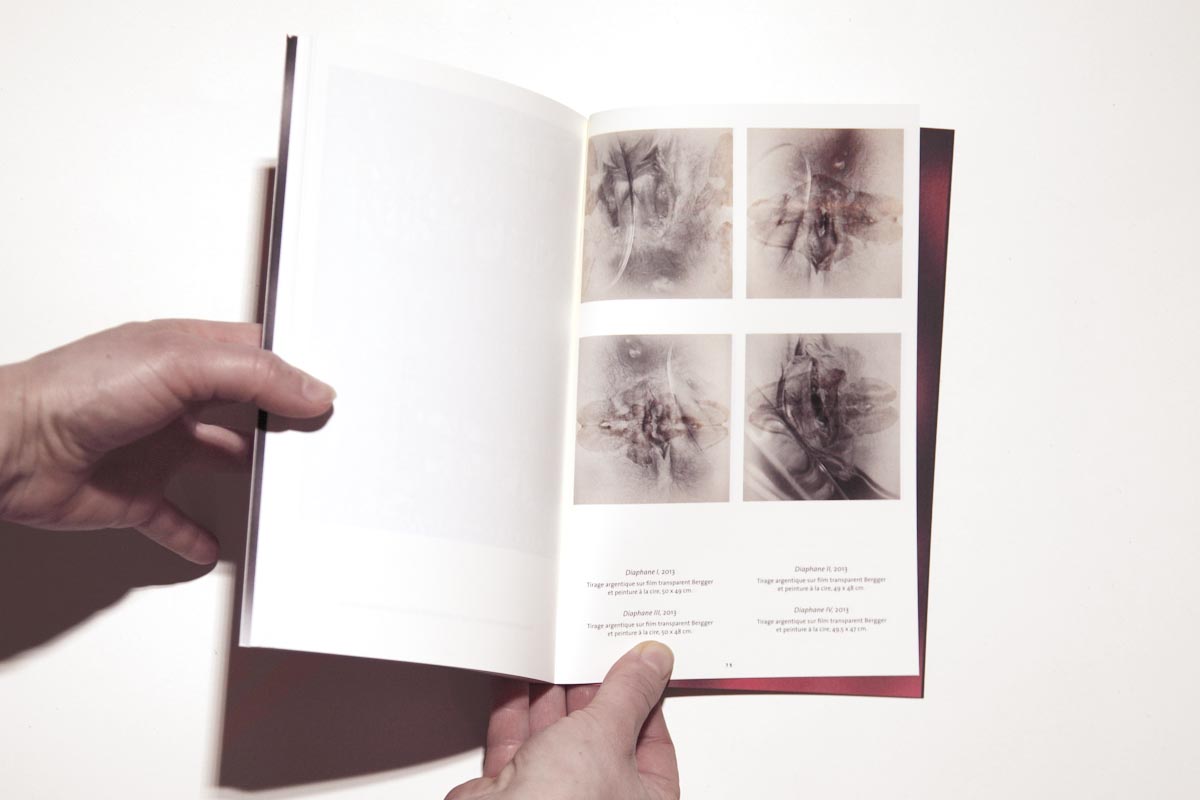